Tip of the Knife #11 is dedicated to Christine Tarantino.  We all miss you.

TONY RICKABY
This is an interesting union of visual poetry, the minimal airbrush work of Jules Olitski and the thin insistent flow of Larry Poons.  Tony is able to see these things, and other color field artists, but guess what?  He supersedes them with ease; he doesn't serve them, it’s the other way around.  But now that I think about it, they probably don’t mean anything at all to him, like comparing the sleepy eighth grade math student to Einstein: I know that when I look at this work, the other stuff doesn't mean anything to me either.  But Tony’s pieces do. These elements belong only to him.  Painterly perspective gives a jolt to the eye as shifting color planes control the picture frame, backdrops for great word things (“Thoughts are confused views”).   Beautiful balancing of letter/word/color/shape. Sublime color/book shapes.  And nobody likes ab ex drips more than me.

AMANDA EARL
She has some cool space age themes going on with these pieces- simple so that our space voyager can take off with letters made of polished metal and plutonium retro rockets, excited to land, to spread new visual languages to the uninitiated aliens.  Amanda can do this, so I crown her Queen of the Universe.  These transformed glyphs are full of meaning to make the odyssey worthwhile.  Each page reveals a testament to exploration, fire and bravery.  Then there’s the piece about a crater where the ship has crashed, digging into the black extraterrestrial ground, exploding red astronaut blood which hovers above the surface in low gravity.  The red/black contrast itself is powerful enough to shatter the planet.  At first I thought 001 seed was outside the theme, but then I started thinking that some other  worldly race planted us and tended us.  Don’t look at me like that, it’s possible.

BARBARA MESQUITA
bárbara is an architect and an artist; you can tell that the fusion of her two disciplines is advantageous in creating hybrid structures, quietly tinted drawings  derived from her plans, affecting us the way a beautiful new building does;  soothing designs, clean minimalist walls, windows,  doors, and columns allow us to wander, to give us new eyes and new spiritual insight, to open us.  Imagine living in these expansive spaces, imagine the psychological evolution that could occur from stretching out in these buildings, these layouts, these drawings, these colors.  A tan/green/yellow watercolor base unites the floors.  Simplicity is the creed, and Zen is the light.

BRUNO NEIVA
What a gorgeous suite!  Red is the sucker punch, distressed letters are the chattering tongues.  Outlined rectangles wander through the work like floaters in our eyes.  The pieces contain letters and stains,  chasing one another, reaching out to one another, almost caressing one another in a tenderly brutal passion play.  Tendrils of mad white snap crack through the other elements, illuminating them like lunatic lightning, reaching out and grabbing items in a growing electric embrace.  Contrasting elements are very simple but not very simple.  Bruno’s Kung Fu is strong, his red is pure and powerful.  How can it not knock you out?

PETER GANICK
Reading Peter’s work is in a sense a trip back to 1968 Viet Nam; there are so many bombs bursting you don’t know which way to turn.  His magnificent Coltrane-like sheets of pure language both assault and astonish.  When Peter and I were sharing and communicating back in the 1980s, we talked about the production of the text, about the collaboration of writer/reader; nothing is fixed, nothing too solid to flow.  Words shift in a beautiful crazy madcap dance of multiple courses, multiple combinations. Peter cites Jacques Lacan as an influence; Lacan rejects the belief that reality can be captured in language.  I’m no expert in the field of psychiatry but I do know that reality floats just a little above our heads, language just below.  It takes a real tour de force like Gestures A, B, and C to make his language speak and describe the unspeakable and the indescribable.  Every word belongs to every other word- the chase is on.  Red rover, red rover, come on over.

MARK YOUNG
Nature is transformed with such a jolt that these amazingly colored sunspot images supersede natural rocks, leaves, trees and humanity, leaving us with only our budding consciousness.  I feel like I’m a witness to both the spiritual side of the world and its dead crispy underbelly.  Alton Downs is like Kurlian photography at its most transcendent, revealing the electric unity of earthly life forms.  Mark has an amazing connection to the within and the without, like the symbiotic relationship of Eraserhead's Henry and the Lady in the Radiator.  She sings about the beatific nature of higher worlds; Mark does this with visual components ( but I can actually hear them too, major and minor key frames, gorgeous and disturbed melodies, monster throbbing bass notes).  I don’t even want to think about the piece that reminds me of Dresden, the German city that was pulverized and flamed by US planes in World War II, causing 250,000 casualties.  Smoke rises from the rubble in this, one of Mark’s more poignant super-powered pieces.  The world is magical, the world is heart breaking.  Mark sees both, and he shows them to us.

ANTONIO SPAIN
Seriously, this stuff is some of the most forward thinking art happening right now.  No matter where you look, painting, photography, collage, vispo, you’ll see right away that this work is cutting edge, surpassing all of those disciplines and media.  Numerous elements tell tales of desire, perversion, black, black humor, and of course the strange twisted sadness of modern life.  So what do we have?  Man makes bizarre love to- tablecloth?  Pillow?  Torso of dead girl?  Strange creature combo of man/girl/rabbit in sexual positions on drafting tables.  Gorilla/Cro-Magnon girl signs to the world.  Surrealism runs rampant until it is mercilessly and perversely stomped by these macabre characters.  The thought of them and their world  gives me chills, and I have to ask, where does it all come from?  What does it mean?  My eyes are as big as saucers, my jaw hangs open, and I'm alone because this world is so alien; but then I realize, I don’t care.  The less I understand this stuff, the more I love it.  And we'll still be loving it in the 22nd Century. 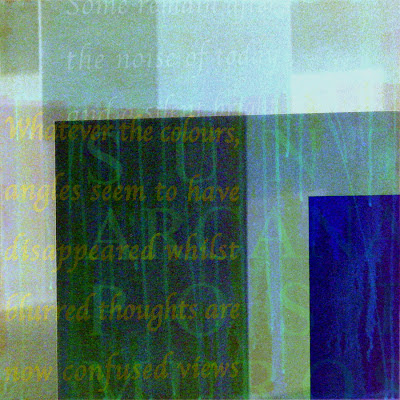 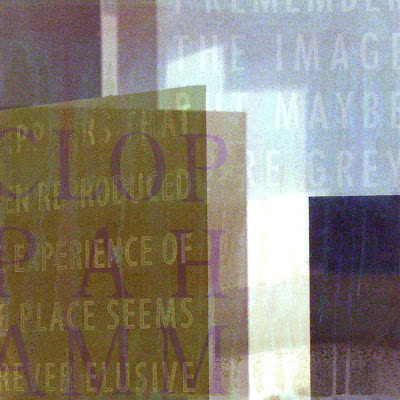 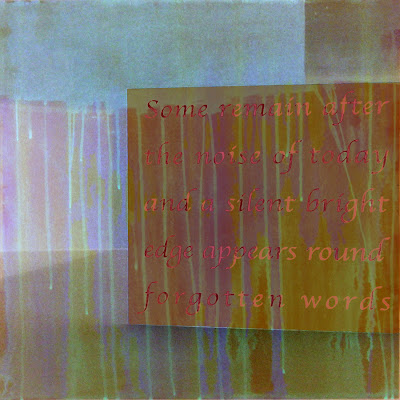 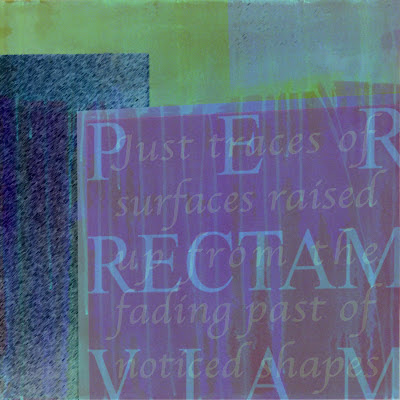 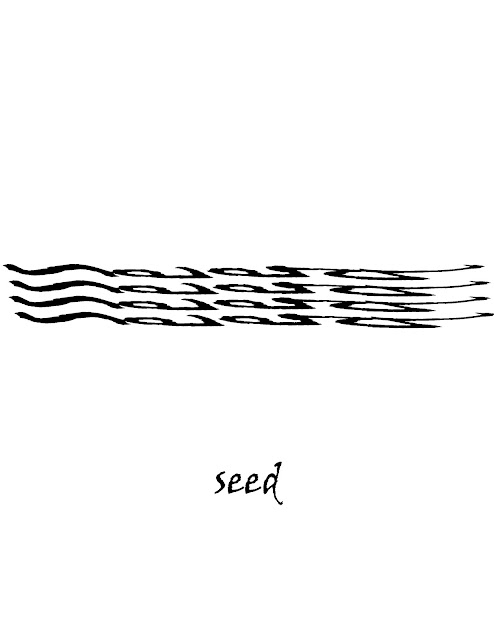 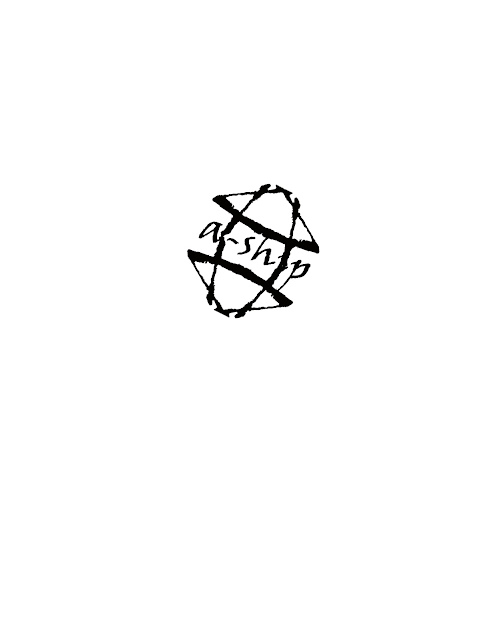 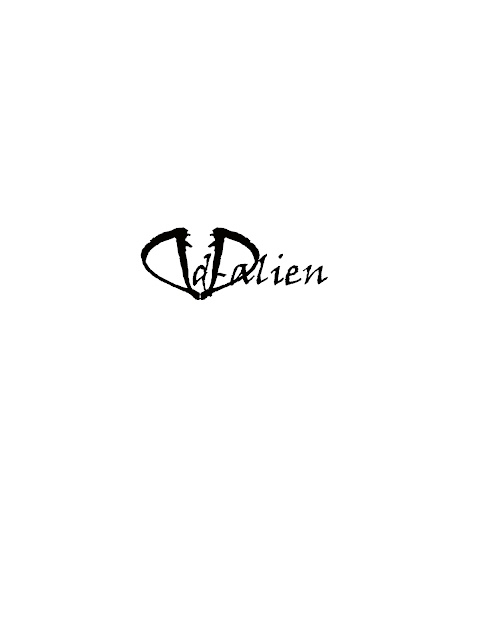 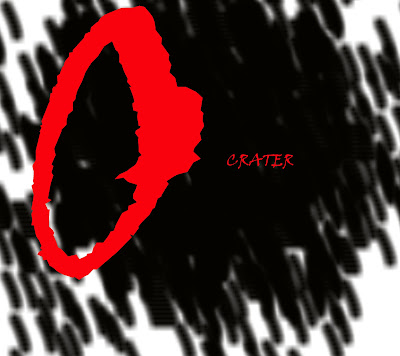 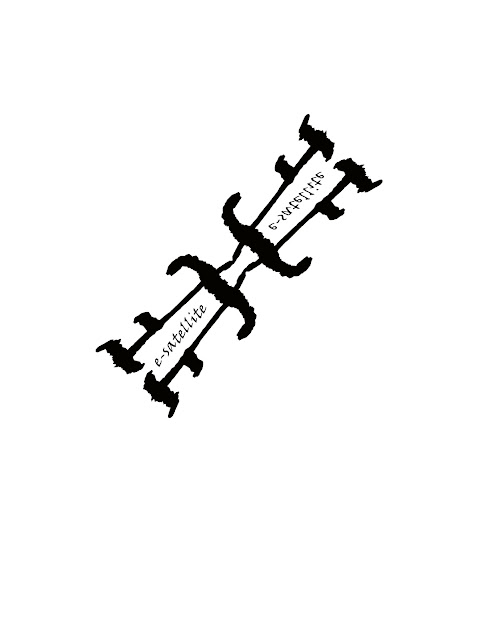 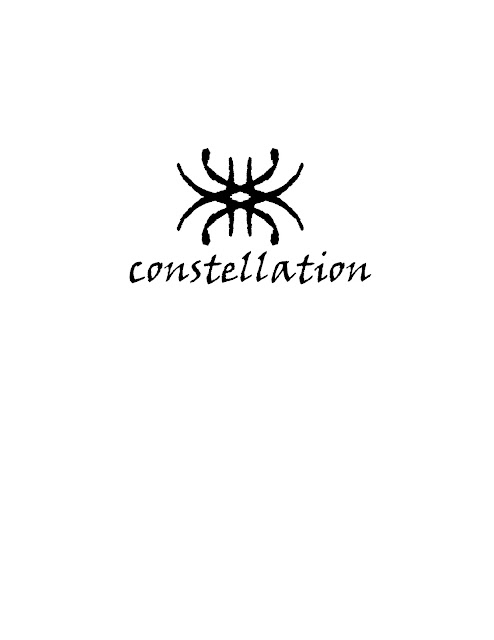 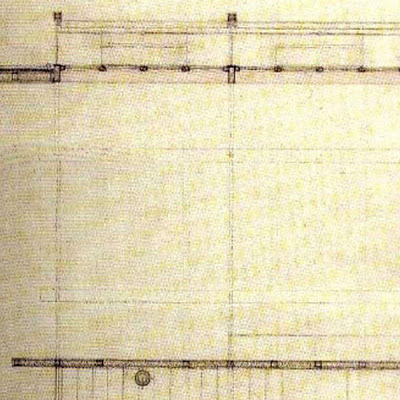 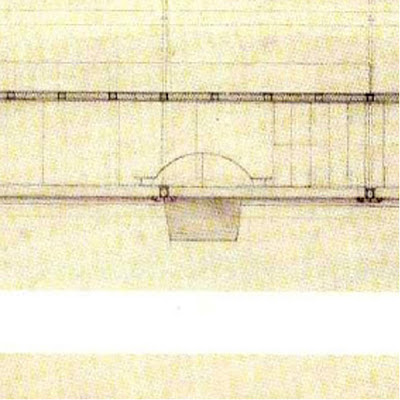 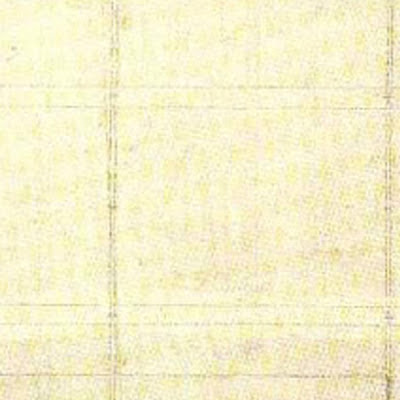 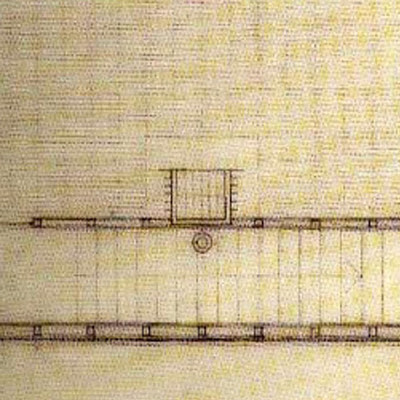 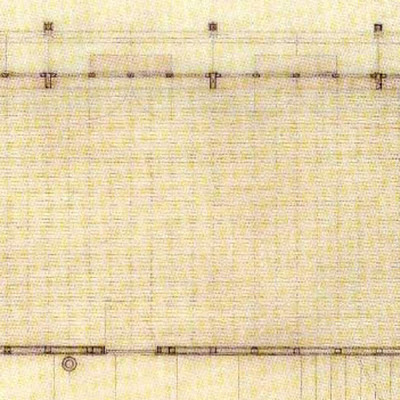 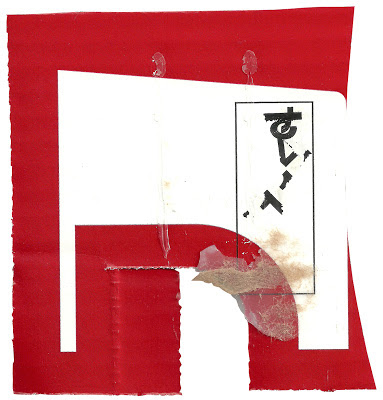 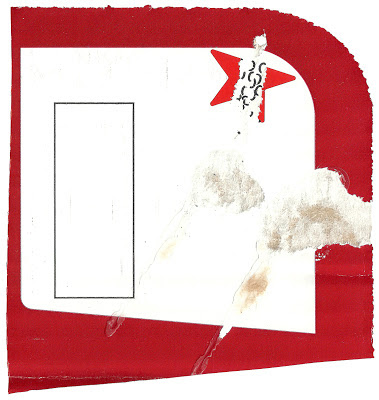 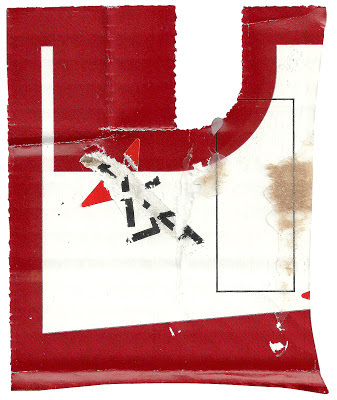 [this variably-margined, variably-font-sized document is the beginning of a document to accompany the work of the psychiatrist jacques lacan. it is site-specific in the sense that it specifies its own dimension--a text poured from a jar onto a table that waits the pieces of the puzzle to be put together.
--pg,         [midnight between 10.15 + 10.16.2012]

course of gesture a

course of gesture b 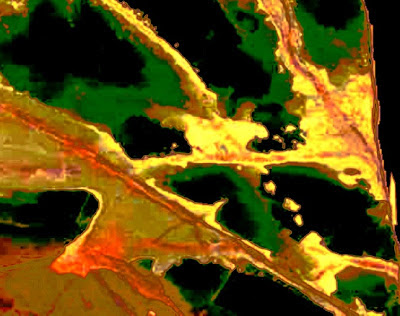 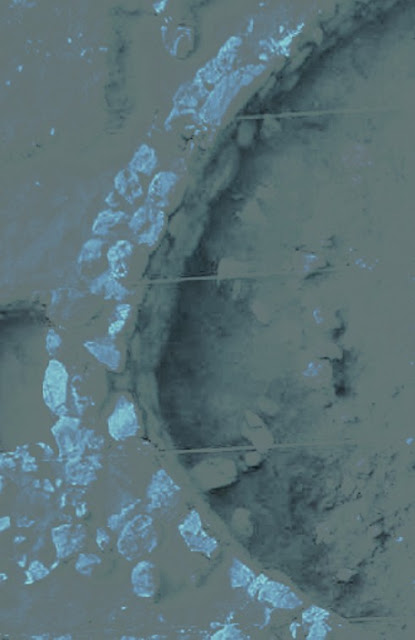 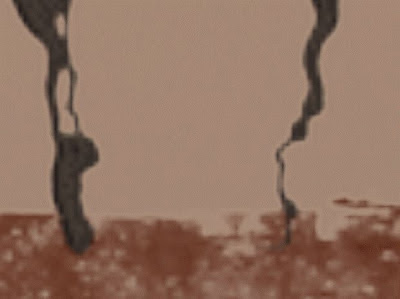 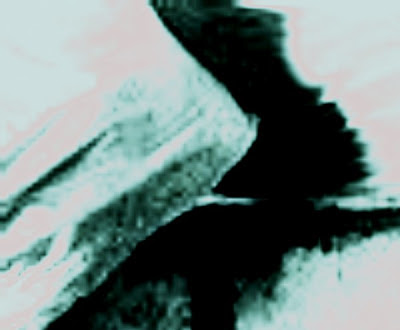 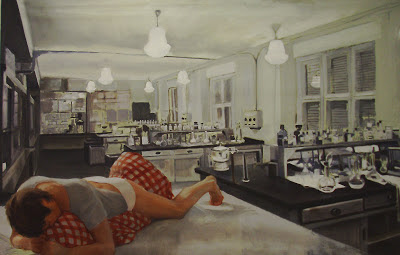 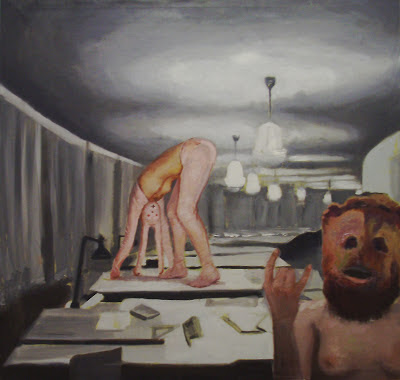 Accepting submissions for Tip of the Knife, Issue 12 at julie-d@prodigy.net

Beyond the fences, wild horses
Make the sound that freedom makes,
Calling down the moon and stars
And calling up the rattlesnakes

Posted by Bill DiMichele at 5:04 PM